Scope Of Homeopathy, In The Times Of Pandemic 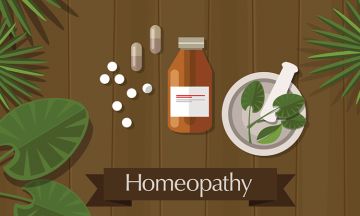 Homeopathic system of medicine has been in the main line of treatment since Dr. Samuel Hahnemann found it in early 1800s, though it is not given it’s due recognition by many countries and medical societies. Homeopathic medicines works on the principle of similimum, which means that the symptoms produced by substances in their crude forms can be treated by the same substance, when given in minute doses after the process of potentisation( method by which homeopathic medicines are prepared).


Though many find this pathy implausible, and consider it as a placebo only, it has been around since almost last 200 years and has proved to do wonders. Homeopathic medicines work on the concept of symptom similarity, so it does not have much to do with the names of the diseases. Be it a viral, bacterial, genetic or lifestyle disease, homeopathy has always been effective.


It is well documented and reported that homeopathy has proven to be very useful in the past epidemics and pandemics. It was successfully used in scarlet fever, yellow fever and cholera when conventional medicines were failing. Homeopathic medicines have also been used as preventive in such crisis. Homeopathy has a defined concept of ‘genus epidemics’, which is a medicine covering almost all the symptoms of a particular epidemic and has been frequently prescribed in most of the cases. This medicine can be used a prophylactic in preventing the epidemic or pandemic.


If we talk about the ongoing pandemic, which is known as COVID- 19 and caused by corona virus, its symptoms are much more like a flu which quickly progresses in the lower respiratory tracts and may prove fatal, if symptoms worsen due to low immunity or the patient is already suffering from any chronic ailment. Conventional medicine still do not have any specific treatment for this disease. If trusted, homeopathy can prove to be very useful in this situation, as for homeopathy it’s again just any other viral disease, with slight severe progression and symptoms. As homeopathy does not go by the name of diseases, CORONA virus causes a set of symptoms which can be treated by the homeopathic medicine having symptom similarity with the disease.


Although it is documented and proved in the past, still homeopathy is not being allowed to be used as a choice of treatment in this crisis of pandemic. Countries like India do recognise the usefulness of this pathy and published an advisory in favour of the natural ways of healing like homeopathy to boost up immunity, but still it struggles to be a part of main line of treatment. Homeopathic medicines have been known to boost up immunity and and act as prophylaxis for many seasonal diseases, but it can be very well utilised in treating the COVID patients, if given opportunity.


However, some states in India have given permission to use homeopathy along with the conventional medicines and the results have been very encouraging. Recently an article published in ‘Rajasthan Patrika’ wrote that 55 CORONA positive patients along with CORONA warriors in SMS hospital and women hospital were given homeopathic medicines through telemedicine. 42 patients showed significant relief in very short time and were discharged with negative reports in just 4-5 days. 2 patients on ventilator, who had difficulty in breathing even after giving oxygen, also improved after taking homeopathic medicines.


So it’s been frequently proved that homeopathy is very effective in managing pandemics, the only requirement is to give this wonderful pathy a chance and recognition.

Homeopathy Is Best For Kidney Stones Scope Of Homeopathy, In The Times Of Pandemic
2021 © Avika Doctors
All rights reserved
Message us